To finish this fascinating project we have another singer to round it off.  Roy has his own way of singing the blues and he he is for all to see:

Roy Forbes, a singer, was born in Sparkbook Birmingham. He started singing at school and at church where he joined a choir. Later he sang at weddings and social occasions. Ska was a big influence from his father who also loved country music and jazz. In the 80s he met Andy Hamilton and started singing jazz with the Blue Notes for 13 years. Until his daughter was born in 2000 he was a full time professional musician but then took on day jobs to support his family. He has worked for the Post Office for many years while maintaining a part-time career as a singer including leading his own quintet.

“First of all, Andy (Hamilton) gave me a tape with the songs on that he thought I should be singing, which was mostly like Joe Williams and Count Basie. …And, okay, I listened to them. And I learned the songs. But I never did sing the songs in the way they were on the record. Never. That singing that I did after learning the songs was coming purely from me, it was my personality.”

“The same year, my daughter was born [2000]… We needed some extra money. I mean, thing is music is great, but it's a bit up and down. Yeah, sometimes you're doing well, you making money and another time, you will be making nothing. So. it was important for me to take on the day job. I have to say that before I took on that job. I used to work for agencies when the band wasn't working, I would go and do part time work. Yeah. Just to keep the ball rolling. In fact, it was one of the temporary companies that sent me to the Royal Mail.” 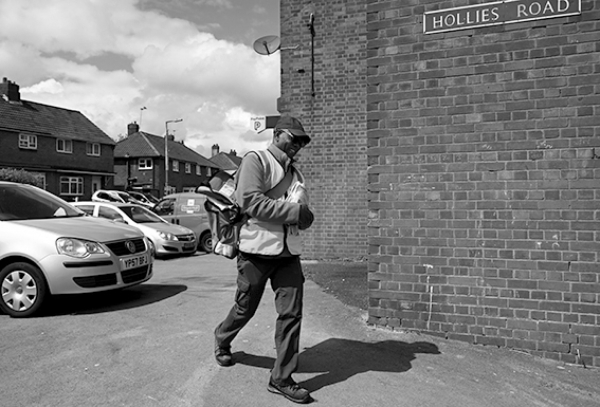 The post has continued to be delivered during the pandemic so it has not affected his day job but until the recent easing of the restrictions it halted Roy’s singing work.

This is the live performance at Sansom Studios: